Over the years the Indian fashion curve has been greatly influenced by the western culture and thereafter, promoting our indigenous crafts has taken a back seat. This inclination towards contemporary fashion has sadly come at the cost of livelihood of our artisans. Many struggle to feed their families, while others have switched to other professions, leading to our precious cultural craft forms dangling at the edge of extinction; Craft forms that are not just means of bread-and-butter for them, but also invaluable family inheritance. 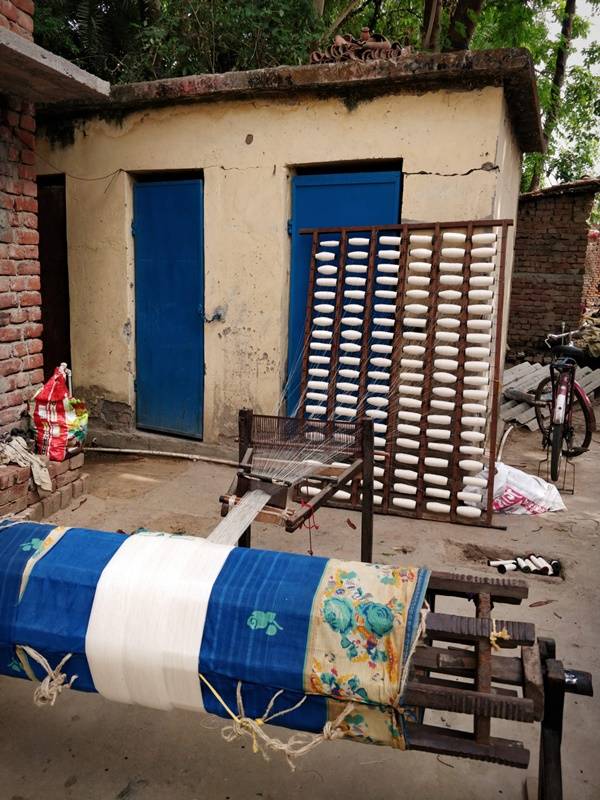 We, at Fabriclore, have always kept our artisans close and connected, delivering the best experience to not only our customers, but also to the artisans we bond with. In the same spirit, we have now joined hands with Srijani Foundation, an organisation that not only shares our worries, but also does something instrumental towards the solution.

Srijani Foundation laid the official founding brick in January 2016, going on to receive financial aid from Tata Trust in the same year. Since its inception, it has tirelessly worked on its brainchild - ‘Weaving for a living’, under which they educate the women folk of rural Bihar in the lost art of weaving, embroidery and other forms, to help support their families. It swears by its motto of building a self-sustaining community of women, working towards reviving and carrying onward exquisite crafting techniques.

The foundation has been teaching the crafts of spinning, weaving, cutting, and traditional embroidery to rural women of Siwan, Nalanda, Patna, and Samastipur.

These women collectively produce products like- fabrics, khadi yarns, stoles, cushion covers, potlis, and even tech-y accessories like laptop sleeves as well as phone covers. The ladies experiment with stationery items such as diaries and notepads, hand embroidering traditional motifs on the covers. With exclusive products like handmade wooden bangles, paper mache table tops and cloth-ceramic dolls, they offer something for everyone, all the while helping progress the artisan community.

These women collectively produce products like- fabrics, khadi yarns, stoles, cushion covers, potlis, and even tech-y accessories like laptop sleeves as well as phone covers. The ladies experiment with stationery items such as diaries and notepads, hand embroidering traditional motifs on the covers. With exclusive products like paper mache table tops and cloth dolls, they offer something for everyone, all the while helping progress the artisan community.

As ardent promoters of Indian crafts, we couldn’t help but put our hands together to do our bit, and we have indeed. The harvest is fun and fashionable; one you’d be proud to shoulder- an exclusive collection of handcrafted, hand-embroidered stoles.

The stoles are an amalgamation of superior quality of hand-woven  Tussar Silk and hand embroidery, complete with tassels at either end. Available with earthy as well as quirky adornments, these are a true embodiment of off-white serenity, embossed with the affection of the women embroiderers.

Just like the women, the motifs are simple too, guided by lines of natural beauty. The patterns feature a nostalgic picturization of leaves, trees, birds, and butterflies. The sophisticated feel of the fabric highlighting the minimalist patterns hand embroidered on it, makes it a go-to accessory for just whenever.

These luxurious stoles are fashion-forward, while simultaneously helping promote the rich craftsmanship of Bihari women, who work rigorously to put out such commendable pieces, with machine-like finesse.