Independence yet dependent sounds like a paradox, similar to the reality of the world which is an amalgamation of Jada (Matter) and Chetana (Consciousness). Both so different yet tightly coupled. And only when this inherent duality is balanced, we create a world that is sustainable and growing at the same time. This is what Fabriclore is at its philosophical core.

We are on course to bring the balance by reversing the tide of centrally manufactured fast fashion.

We are bringing back the tradition of people buying the fabric, made across India by independent artisans and manufacturers and engaging designers and local boutiques to get them stitched locally. We were founded on this basic ideology. That's how we create a balance between independence and dependence.

When thousands of artisans across India and other parts of the world create their livelihood at their native place from traditions carried forward for generations, we help build a society that is independent yet dependent.

When consumer engage local boutiques, designers and themselves in making a product absolutely unique to them, we help build a society that is independent yet dependent. 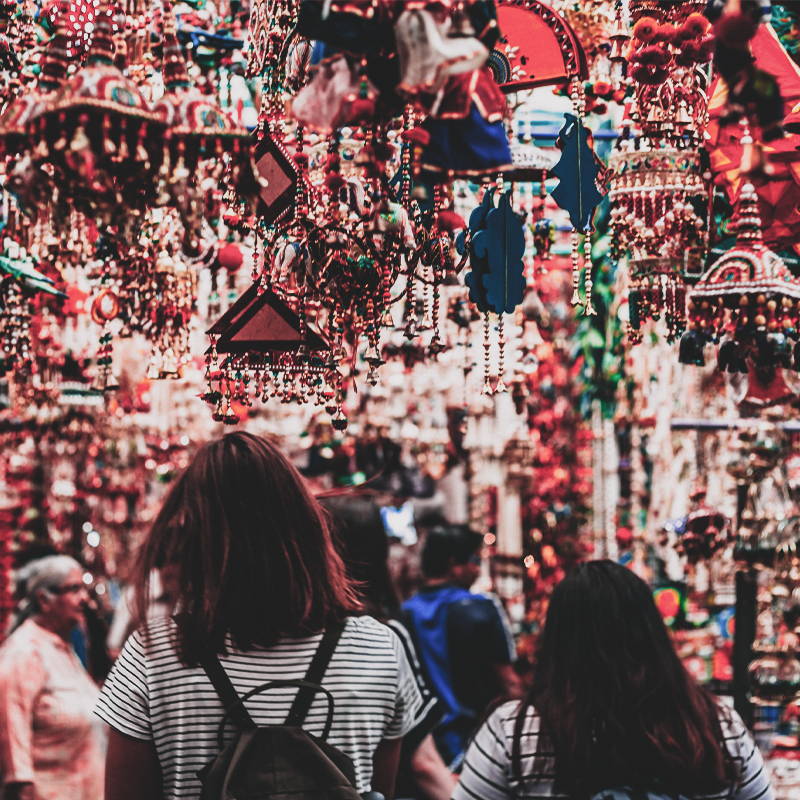 India is home to hundreds of textile crafts. Each of its state brings its unique cultural heritage in the form of a textile craft. Fabriclore is recognized as the new age champion of this rich legacy.

Over 500 artisans across India get a sustainable income. Our goal is to not only promote the crafts but also modernize them to create next generation of artisans.

As a conscious business, each area of potential sustainability measure is our agenda.

Our inner packaging is made of 100% bio-degradable vegetable starch, leaving no impact on.

Crafts have over time have developed adulteration in its processes. Brining such crafts on fabrics made by natural fibers is our newfound pursuit. Our aim is to convert majority of our merchandise to sustainable made fabrics over the course of our journey and evolution. 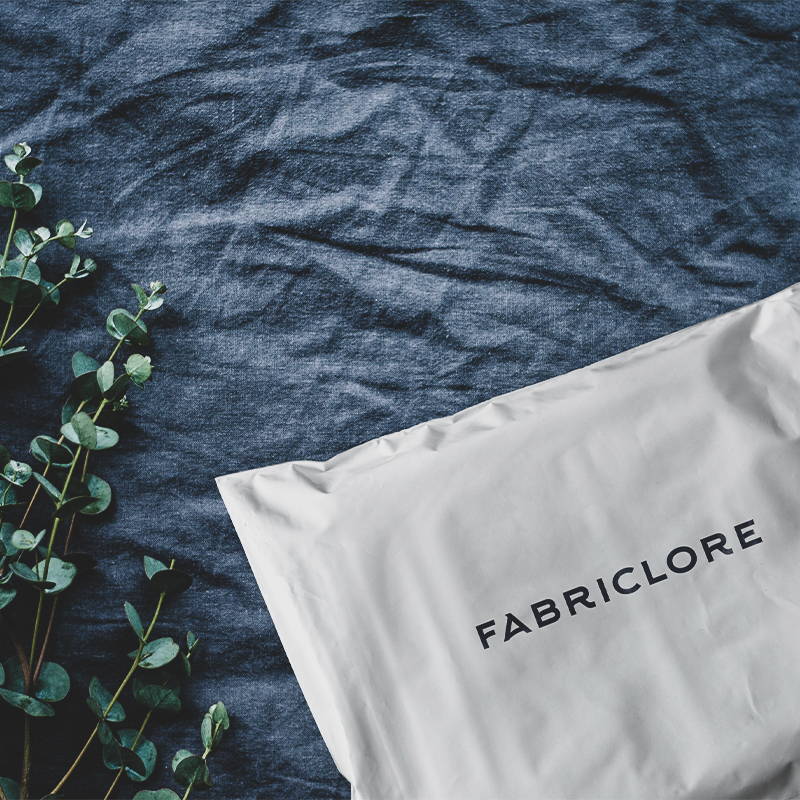 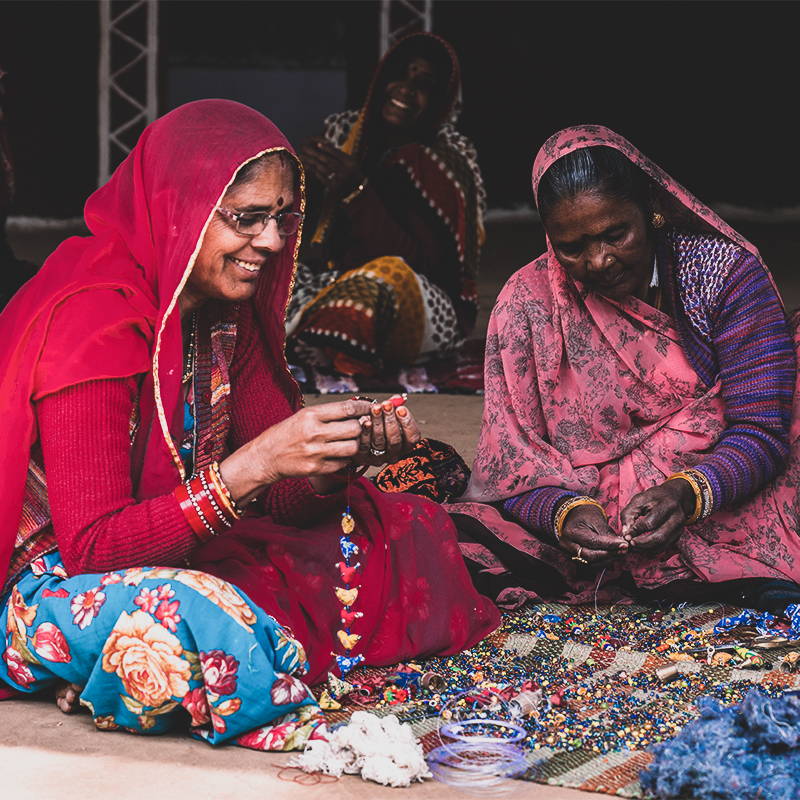 Economic equilibrium of society spread over geography is often compromised with centralized manufacturing.

Fabriclore as a brand is ideologically about getting this economic balance which in effect brings social harmony. With Fabrics made across geographies, and then locally stitched, we support both artisans and local tailors, following the principles of distributed economics.

Even with fabrics, the remains of hundreds of rolls of fabrics every day pose a challenge of its disposal. We have taken a social approach to address this challenge. We work with self help groups and NGOs to create desirable daily use products out of the remains of fabrics. These products are designed by our in house designers and then the skill is transferred to such rural and semi-urban communities across various geographies. With this we complete our cycle of a holistic impact. 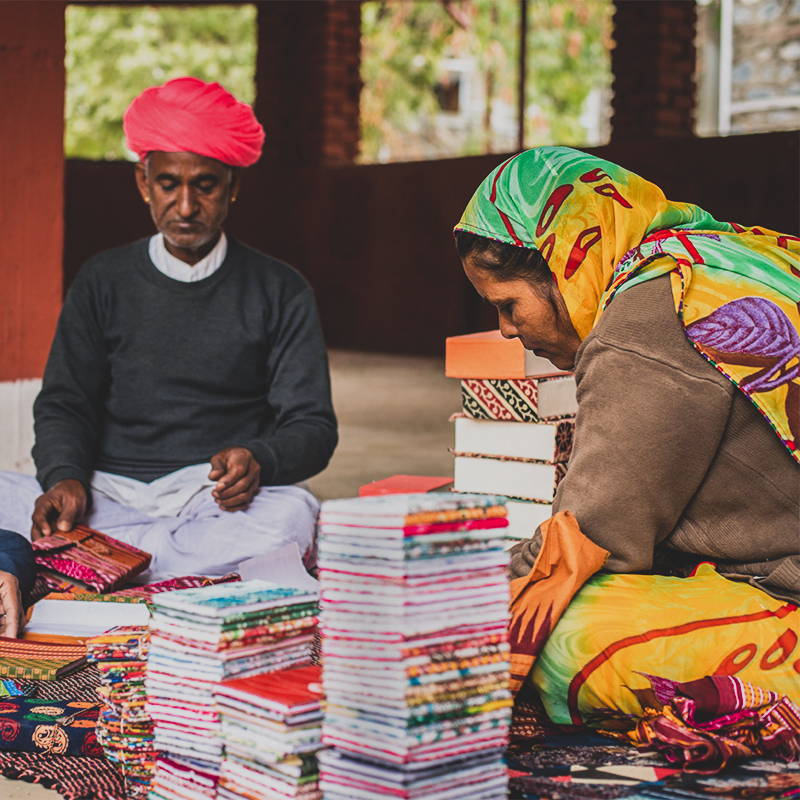 Join in Making an Impact

When you choose to buy a fabric over mas produced stitched garments, engage in designing yourself or with a designer and get it locally stitched, you contribute in the balance that we all are pursuing. This choice becomes even more important when the world around us is getting imbalanced by human activity. Fabriclore is one of those choices that can make the difference.